Episode 079: James Horn, What is a Historic Source?

Historians research the past through historical sources.

But what are the materials that tell historians about past peoples, places, and events?

Today, James Horn, the President and Chief Executive Officer of the Jamestown Rediscovery Foundation, helps us investigate historical sources by taking us on an exploration of historic Jamestown and the types of sources that inform what we know about it. 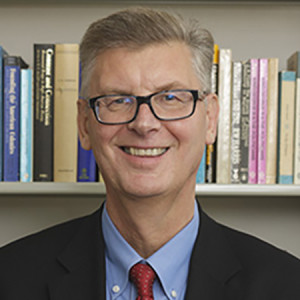 In this episode, we investigate historic sources and the history of Jamestown with James Horn, President and Chief Executive Officer of the Jamestown Rediscovery Foundation.

During our exploration, Jim reveals why the Virginia Company established Jamestown and the interactions its early settlers had with Native Americans; The world Pocahontas lived in; And, what historical sources are and how historians determine the credibility, or authenticity, of the information they contain.

In your opinion what might have happened if in 1994, William Kelso and his archaeological team had not discovered the original James Fort on Jamestown Island? How would what we know about Jamestown and its history be altered if we did not have the nearly two million artifacts archaeologists have unearthed from that site?

Episode 079: James Horn, What is a Historic Source?