On December 16, 1773, the colonists of Boston threw 342 chests of English East India Company tea into Boston Harbor, an act we remember as the “Boston Tea Party.”

Have you ever wondered what drove the Bostonians to destroy the tea? Or whether they considered any other less destructive options for their protest?

Mary Beth Norton, the Mary Donlon Alger Professor of American History at Cornell University, takes us through the Tea Crisis of 1773.

Episodes in the Doing History: To the Revolution! series explore the American Revolution and how what we know about it and how our view of it has changed over time.

The Doing History series is part of a partnership between Ben Franklin’s World and the Omohundro Institute of Early American History and Culture. Be sure to check out season 1, Doing History: How Historians Work. 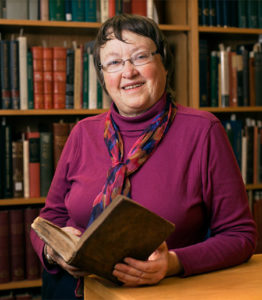 In this episode, Mary Beth Norton, the Mary Donlon Alger Professor of American History at Cornell University, takes us through the Tea Crisis of 1773.

During our exploration, Mary Beth reveals the role tea played in North American colonial life; The Tea Act of 1773 and what the act meant for British American colonists; And, details about colonial responses to the Tea Act, including information about the Boston Tea Party.