History has a history and genealogy has a history. And the histories of both affect how and why we study the past and how we understand and view it.

Today, we explore why it’s important for us to understand that the practices and processes of history and genealogy have histories by exploring what the history of genealogy reveals about the early American past.

Our guide for this exploration is Karin Wulf, a Professor of History at the College of William & Mary and the Director of the Omohundro Institute of Early American History and Culture. 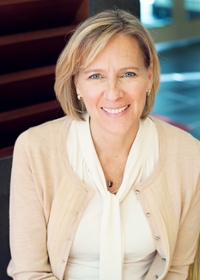 In this episode, Karin Wulf, a Professor of History at the College of William & Mary and the Director of the Omohundro Institute of Early American History & Culture, guides us through the history of genealogy and what knowing that history reveals about our early American past.

During our exploration, Karin reveals why early Americans were interested in genealogy and how they practiced it; Early American and European institutions that encouraged early Americans’ interest in family history; And, why it’s important for both historians and genealogists to understand the history of genealogy.

In your opinion, what might have happened if Great Britain had been a democracy or republic in the seventeenth century? How would the lack of a monarch, who used genealogy to justify their right to power and authority, have affected the adoption and performance of genealogy in British North America?