Episode 164: The American Revolution in the Age of Revolutions

The American Revolution took place within a larger period known today as the “Age of Revolutions.”

What does the Revolution look like when we place it within this larger context? Did it really help foment the many other failed and successful revolutions that took place during the period?

Over the next two episodes of the Doing History: To the Revolution series, we’ll explore answers to these questions by taking a closer look at how the American Revolution fit within the larger context of the Age of Revolutions.

The first part of our exploration will take us into the Caribbean. Laurent Dubois, a professor of history at Duke University and the author of four books about slavery and revolution in the French Caribbean, will serve as our guide. 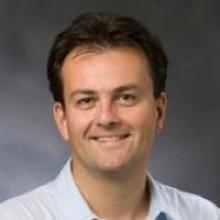 Laurent Dubois, a professor of History at Duke University and author of four books about slavery and revolution within the French Caribbean, helps us begin our two-episode exploration of the American Revolution in the Age of Revolutions.

In your opinion, what might have happened if Napoleon had not sent General Charles Leclerc to Haiti to bring the island back under white, French control? What if he had done more to work with the island’s black leaders? Would slavery have still returned to the French Caribbean?

Episode 164: The American Revolution in the Age of Revolutions