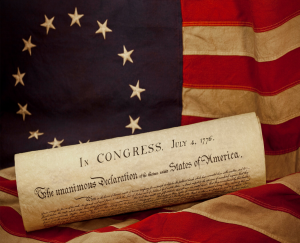 It wasn’t always fireworks on the Fourth.

John Adams predicted Americans would celebrate the Second of July, the day Congress voted in favor of independence, “with Pomp and Parade, with Shews, Games, Sports, Bells, Bonfires and Illuminations from one End of this Continent to the other.” He got the date wrong, but he was right about the festivities in commemoration of Independence Day. And yet July Fourth events have changed a great deal since 1776.

How do our fireworks displays, barbecues, parades, and sporting events compare to the first and earliest celebrations of independence? How and why do we celebrate the United States and its independence as we do?

Three historical experts take us through the early American origins of Fourth of July celebration.

How do our fireworks displays, barbecues, parades, and sporting events compare to the first and earliest celebrations of independence? How and why do we celebrate the United States and its independence as we do?