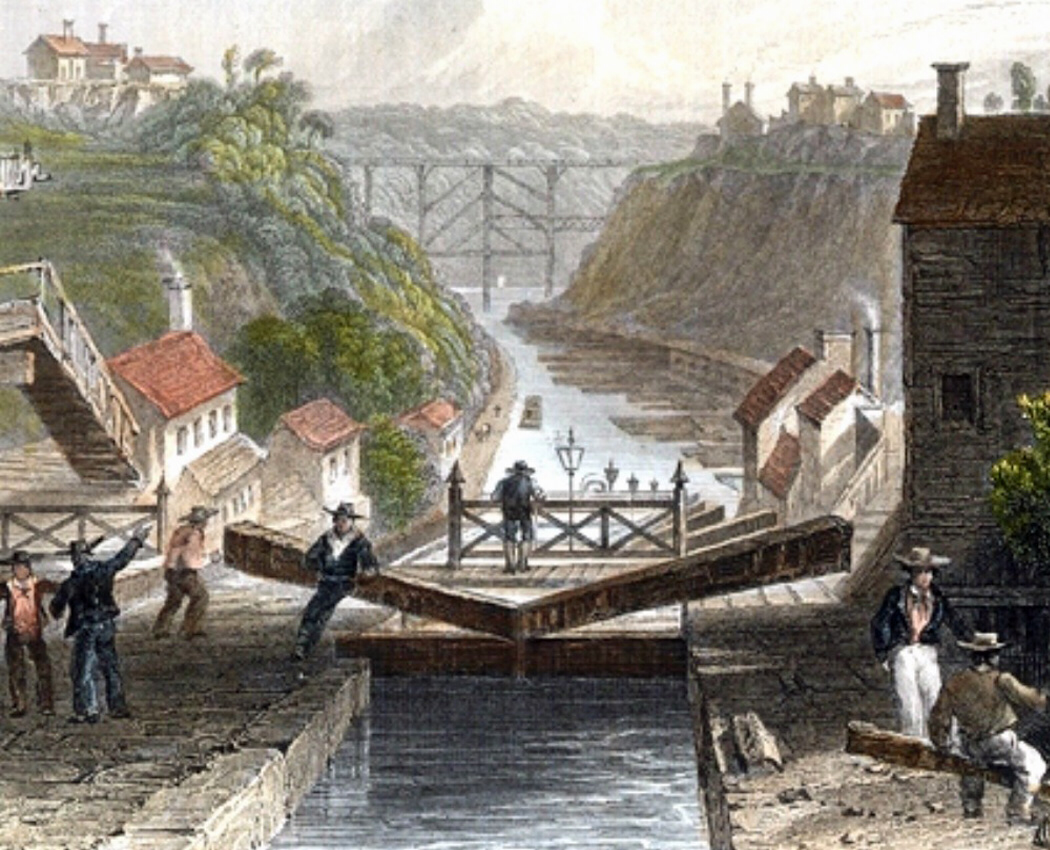 A “little short of madness.” That is how Thomas Jefferson responded when two delegates from New York approached him with the idea to build the Erie Canal in January 1809.

Jefferson’s comment did not discourage New Yorkers. On January 4, 1817, New York State began building a 363-mile long canal to link the Hudson River and Atlantic Ocean with the Great Lakes and the Midwest.

Janice Fontanella, site manager of Schoharie Crossing State Historic Site in Fort Hunter, New York, joins us to discuss the Erie Canal, its construction, and the impact that this waterway made on New York and the United States.

This episode originally posted as Episode 028.

Janice Fontanella, site manager of the Schoharie Crossing State Historic Site in Fort Hunter, New York, leads us on an exploration of the Erie Canal.

During our conversation, Janice reveals why New York State built a 363-mile long canal between the Hudson River and Lake Erie; How laborers built the Erie Canal and the technological innovations that developed during its construction; And, how the Erie Canal impacted the economy, demography, and geography of both New York State and the United States

In your opinion what might have happened if President James Madison had not vetoed the Bonus Bill of 1817? Do you think that New York would have still built the Erie Canal along the same route and would the substantial investment in nationwide internal improvements have affected the success of the Erie Canal?