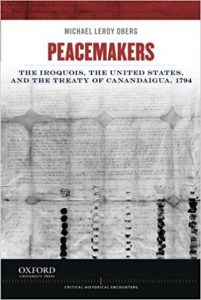 The Treaty of Paris 1783 ended the American War for Independence, but it did not bring peace to North America. After 1783, warfare and violence continued between Americans and Native Americans.

So how did the early United States attempt to create peace for its new nation?

In your opinion, what might have happened if Six Nations leaders and the United States government could have communicated with each other in one language? How might the Treaty have turned out differently if there had been a common language and interpreters had not been involved in the process?