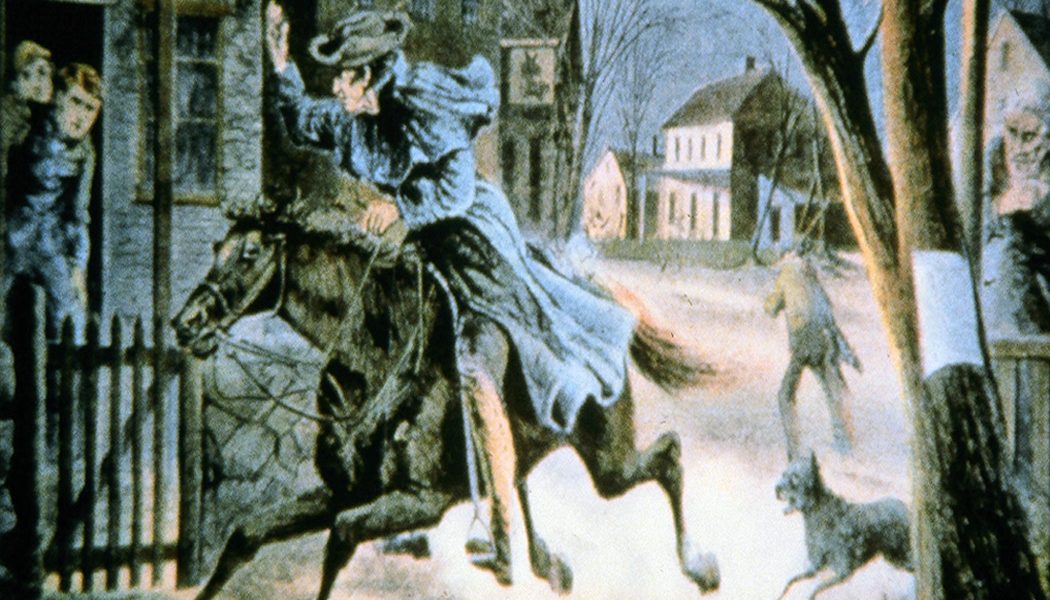 On April 18, 1775, Paul Revere rode to Lexington, Massachusetts to spread the alarm that the Regulars were marching. Revere made several important rides between 1774 and 1775, including one in September 1774 that brought the Suffolk Resolves to the First Continental Congress in Philadelphia.

So why is it that we remember Paul Revere’s ride to Lexington and not any of his other rides?

Why is it that we remember Paul Revere on the night of April 18, 1775 and nothing about his life either before or after that famous ride?

Why is it that Paul Revere seems to ride quickly into history and then just as quickly out of it?

In this episode we speak with four scholars to explore Paul Revere’s ride through history.

This episode originally posted as Episode 130.

In this episode, we speak with Sarah J. Purcell, Jane Kamensky, Patrick Leehey, and Christoph Irmscher to explore Paul Revere’s ride through history.

During our exploration, these scholars reveal details about historical memory and how it works; facts about Paul Revere’s ride to Lexington on April 18, 1775; And information about why Paul Revere and his ride stick in our national memory.