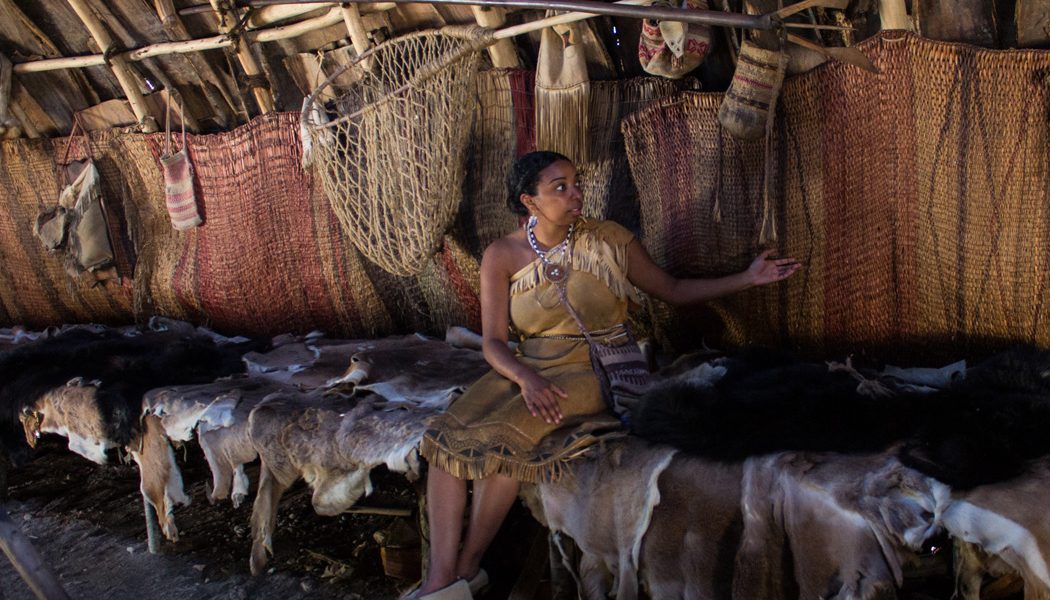 Before New England was New England, it was the Dawnland. A region that remains the homeland of numerous Native American peoples, including the Wampanoag.

Over the next two episodes, we’ll explore the World of the Wampanoag before and after 1620, a year that saw approximately 100 English colonists enter the Wampanoags’ world. Those English colonists have been called the “Pilgrims” and this year, 2020, marks the 400th anniversary of their arrival in New England.

The arrival of these English settlers brought change to the Wampanoags’ world. But many aspects of Wampanoag life and culture persisted, as did the Wampanoag who lived, and still live, in Massachusetts and beyond.

In this episode, we’ll investigate the cultures, society, and economy of the Wampanoags’ 16th- and 17th-century world. This focus will help us develop a better understanding for the peoples, places, and circumstances of the World of the Wampanoag.

This two-episode “World of the Wampanoag” series is made possible through support from Mass Humanities.

Any views, findings, conclusions, or recommendations expressed in this episode do not necessarily represent those of the National Endowment for the Humanities.

On December 16, 1620, the ship Mayflower carried approximately 100 English colonists into the Dawnland and into the World of the Wampanoag.

In this episode we speak with Darius Coombs, Director of Wampanoag and Algonquin Interpretive Training at the Plimoth Patuxet Museums and a citizen of the Mashpee-Wampanoag nation; Lorén Spears, Executive Director of the Tomaquag Museum and a citizen of the Niantic-Narragansett nation; Jade Luiz, Curator of Collections at Plimoth Patuxet Museums and a historical archaeologist; and Andrew Lipman, an Associate Professor of History at Barnard College and the author of the forthcoming book The Death and Life of Squanto.

The original music you heard throughout this episode was composed by Joel Roston, in collaboration with Wampanoag musician Durwood Vanderhoop, with additional music by Narragansett musicians Sherenté Harris, Lynsea Montanari, and Nkéke Harris.

The Wampanoag and Narragansett songs included in the score, and arranged throughout the episode, were composed by Durwood Vanderhoop, Sherenté Harris, and Nkéke Harris.