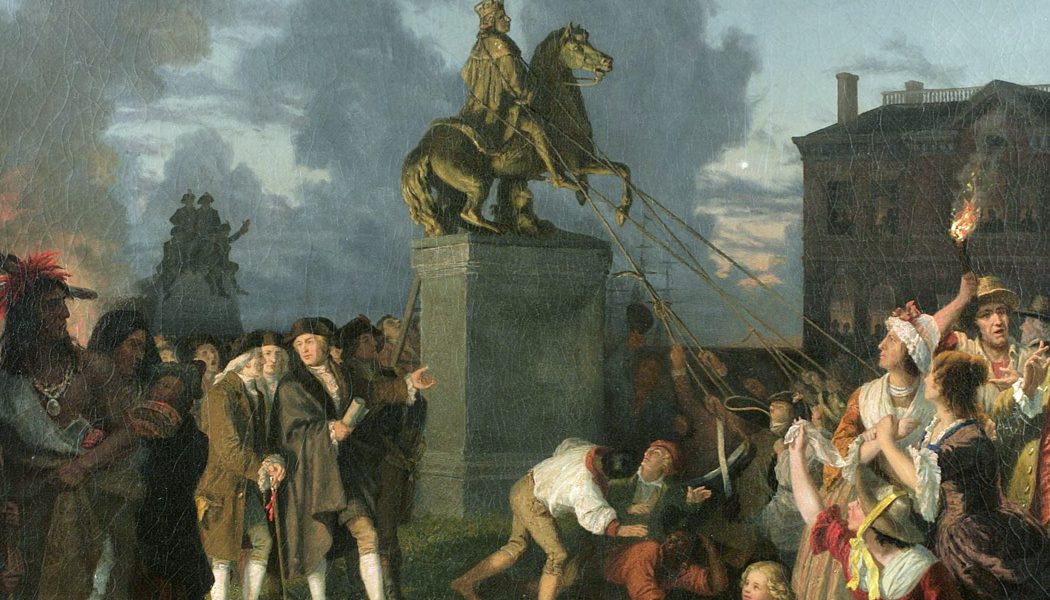 The words of the Declaration of Independence are not the only aspect of the American Revolution that carry power. Visual and material objects from during and after the Revolution also carry power and meaning. Objects like monuments, uniforms, muskets, powder horns, and the horse’s tail, a remnant of a grand equestrian statue of King George III, which stood in New York City’s Bowling Green park.

Historians Wendy Bellion, Leslie Harris, and Arthur Burns join us to investigate the history of revolutionary New York City and how New Yorkers came to their decisions to both install and tear down a statue to King George III, and what happened to this statue after it came down.

This episode is sponsored in part by Humanities New York. The mission of Humanities New York is to strengthen civil society and the bonds of community, using the humanities to foster engaging inquiry and dialog around social and cultural concerns.

In honor of the Fourth of July, this episode explores the history of revolutionary New York City and how New Yorkers came to their decisions to both install and tear down a statue to their king, King George III, and what happened to this statue after it came down. It’s a story that will reveal the power of visual and material objects and how they help us remember the American Revolution.

Our guests for this episode are Wendy Bellion, a Professor of History and the Director of the Center for Material Culture Studies at the University of Delaware and the author of the book, Iconoclasm in New York: Revolution to Reenactment; Leslie Harris, a Professor of History and African American Studies at Northwestern University and author of In the Shadow of Slavery: African Americans in New York City, 1626 to 1860; and Arthur Burns, a Professor of Modern British History at King’s College London and the Academic Director of the Georgian Papers Programme.