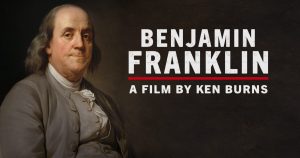 How do we know what we know about Benjamin Franklin?

We know historians, museum curators, and archivists rely on historical documents and objects to find and learn information about the past. But how does a documentary filmmaker present what they know about history through video?

David Schmidt works as a senior producer at Florentine Films where he worked alongside Ken Burns to produce a 2-episode documentary about the life of Benjamin Franklin. The documentary is called Benjamin Franklin and Schmidt joins us for a behind-the-scenes tour of documentary filmmaking and to investigate some of the lesser-known details of Ben Franklin’s life. 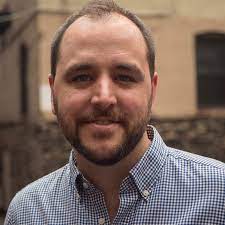 During our conversation, David reveals why Ken Burns decided to make a documentary film about the life of Benjamin Franklin; How David and his teammates went from film idea to a finished film; And details about Benjamin Franklin’s printing business, his relationships with his son William and his wife Deborah, and his experiments with electricity.

In your opinion, if the ability to record film had existed in the 18th century, what video footage would you have liked to include in your documentary, Benjamin Franklin?