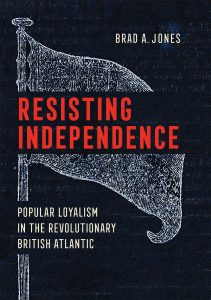 We’ll never know for certain how many Americans supported the American Revolution, remained loyal to the British Crown and Parliament, or tried to find a middle way as someone who was disaffected from either loyalty. But we can know about the different ideologies that drove people to support the Revolution, to remain loyal to crown and parliament, or to become disaffected from both sides.

Brad Jones, Professor of History at California State University, Fresno and author of the book, Resisting Independence: Popular Loyalism in the Revolutionary British Atlantic, joins us to investigate what loyalists believed and how loyalism was not just a loyalty or ideology adopted by British Americans living in the 13 rebellious colonies, but by Britons across the British Atlantic World. 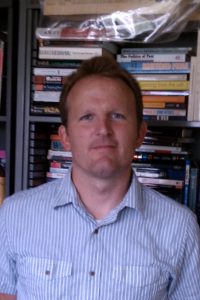 Brad Jones, Professor of History at California State University, Fresno and author of the book, Resisting Independence: Popular Loyalism in the Revolutionary British Atlantic. Professor Jones joins us to investigate the ideology of loyalism and how loyalism was a loyalty and ideology adopted by British Americans living across the British Atlantic World.

During our investigation, Brad reveals how and why we should view the American Revolution as a civil war; The central role Protestantism played in Britons’ sense of Britishness; And the ways the ideas of the American Revolution caused ideas about loyalism to develop, and how those ideas developed and took hold in the broader British Atlantic World.

In your opinion, how might the American Revolution have been different if Kingston, Halifax, and Glasgow had joined the Revolution?