by Holly White6 months ago Andrew Porwancher, the Wick Cary Associate Professor of History at the University of Oklahoma and the Ernest May Fellow at Harvard University’s Belfer Center, joins us to investigate the Jewish world and upbringing of Alexander Hamilton. 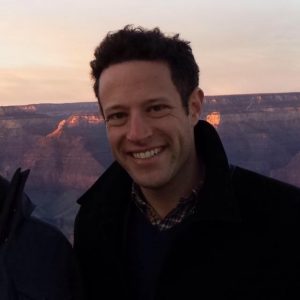 Andrew Porwancher, the Wick Cary Associate Professor of History at the University of Oklahoma and the Ernest May Fellow at Harvard University’s Belfer Center, joins us to investigate the Jewish world and upbringing of Alexander Hamilton.

Using details from his book, The Jewish World of Alexander Hamilton, Andrew reveals details about Hamilton’s childhood in the Caribbean and how he came to be educated at a Jewish school; Hamilton’s work as a clerk for an internationally-focused mercantile firm; And information about the many ways Hamilton worked to enact internationally-focused economic policies for the new United States and to include Jews in American civil and political society.

In your opinion, what might have happened if Alexander Hamilton had openly acknowledged and embraced his Jewish heritage? How might his role as a founder of the United States have been different and would he have had the opportunities to shape the United States that he had?